eft home with Wayne and Tony. Their bags were larger than ours. First worry…did I pack enough? What else should I have brought?

This is an unusual worry for me as I have packed for lots of adventures but not a 10 day ship cruise.  I mean, they expect one to dress up for dinner for Pete’s sake! Dan and I have relaxed into a VERY casual lifestyle. We really don’t have “dress up” clothes and really don’t want any. Conundrum.  Thank goodness for friends who loaned Dan a suit jacket. I do have some old clothes from when I was working.  However, I felt very underdressed the first ‘formal’ evening. The next one won’t be any better. Guess I’ll live through it. I feel like the wait staff are better dressed than we are. Live and learn.

The arrival in San Francisco was great. Wayne dropped us  at the pier and went to park the car. 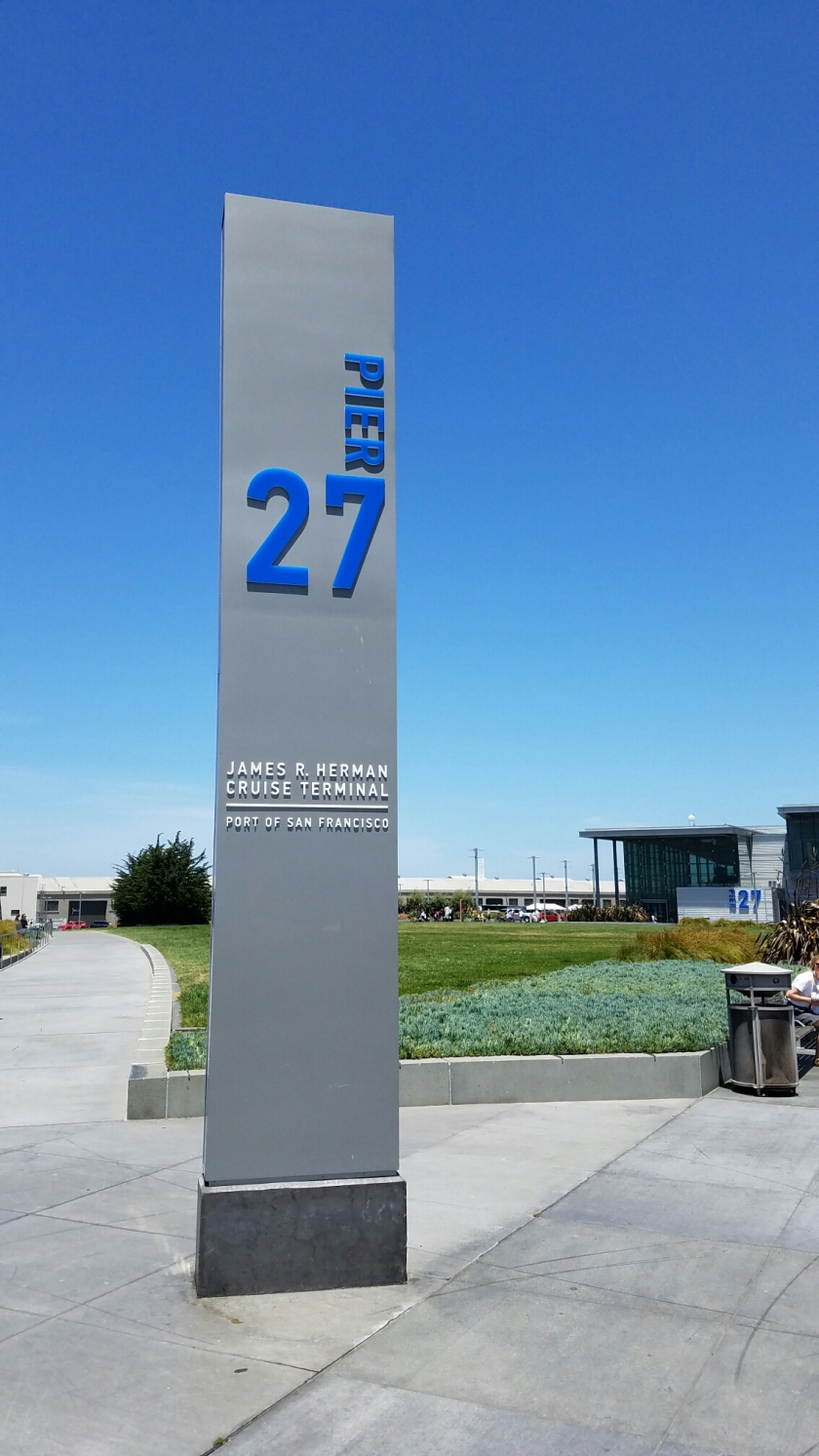 Weather was perfect. Just after passing under Golden Gate, we saw whales! No pictures, they weren’t posing that day. In a hurry to get wherever they were going I suppose.

Our first night the dinner was dressy casual so felt comfortable with that. We have five couples at our table. Met Jim and Barbie for the first time. They came from Texas. The rest of us have homes in Pine Mountain Lake: Wayne and Tony, Frank and Darlene, Todd and Yvonne and Dan and I.

Dinner is the only time we are all together. We are a raucous group- lots of teasing and laughter.

Since it took two plus days to arrive at our first port, Juneau, we did a LOT of walking…up and down stairs, around various decks, trying to learn our way around.  Day four and we still don’t agree on which way to turn. Sometimes Dan gets it right, other times it’s me.

We have seen Mike Wilson, comedian/impersonator/singer, twice. Enjoyed both his shows very much. Also have seen several shows done by the Princess singers and dancers. There were also a couple of shows by Sonia S. (don’t remember her last name). Would like to hear her again but she’s done for this cruise.

As we arrived in Juneau, there were many, many bald eagles in the area. It seems the ship disturbs the marine life which brings the birds to feed. There were also seagulls. Great to see the eagle dive, grab food and then fly off. 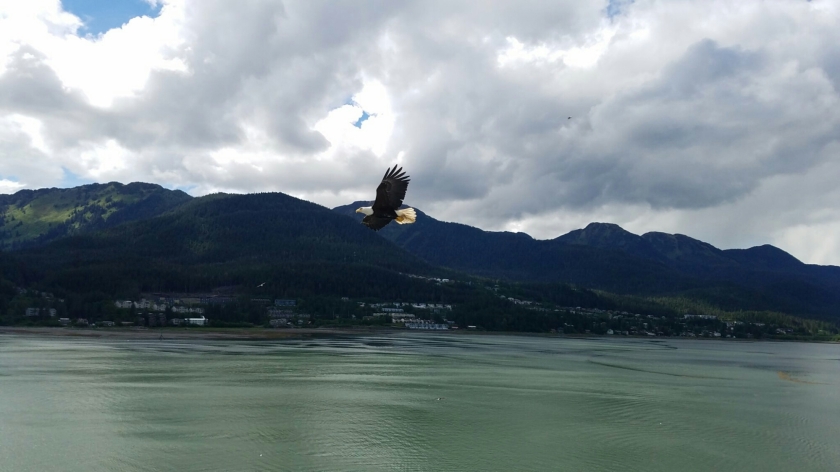 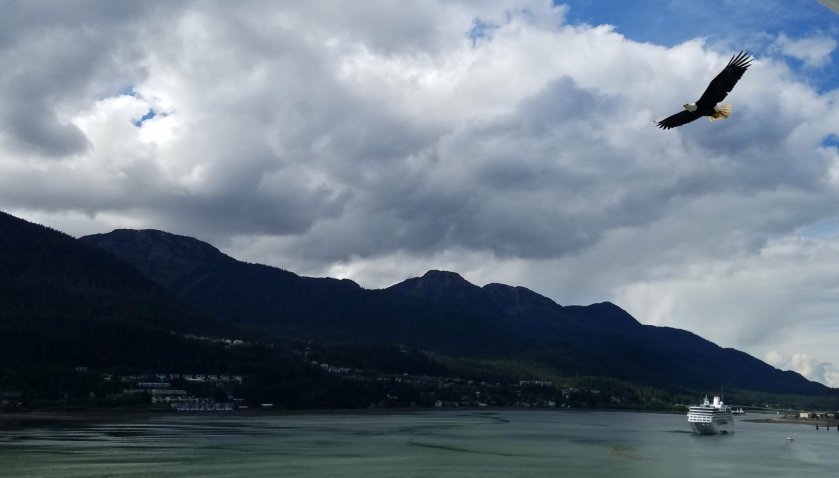 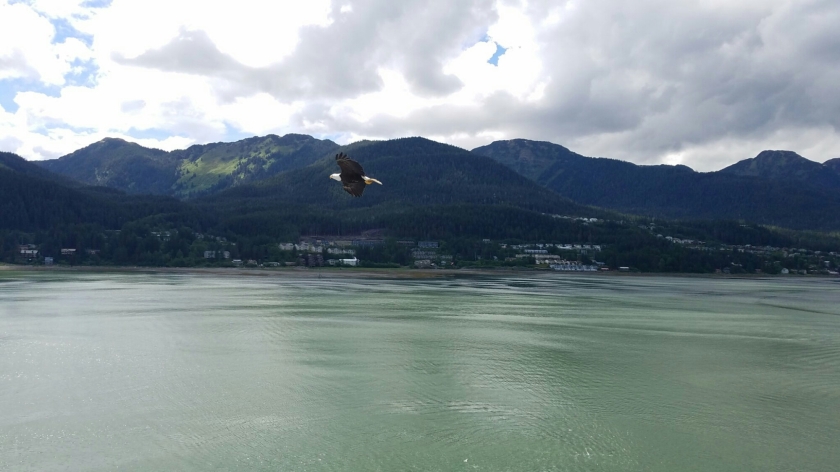 We have met several people who have heard of Groveland. Small world! There are also lots of folks from various parts of California.

Many take excursions at the ports. We chose to wander the city. Went by and saw the Alaska  State Capitol building. 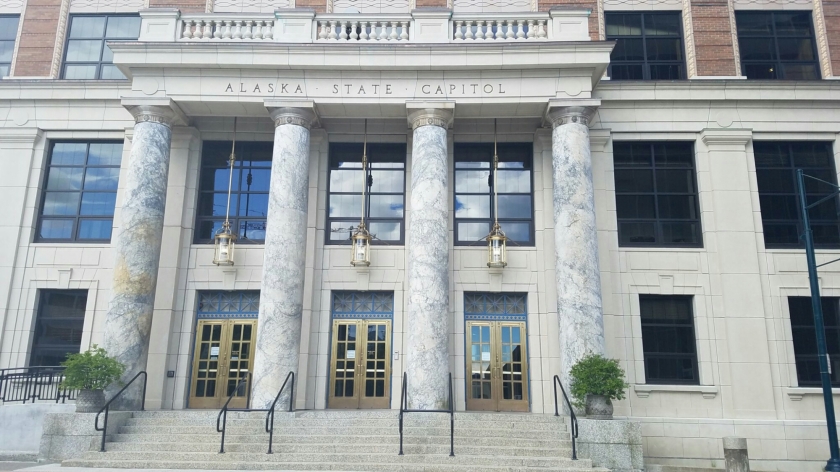 Also went to the city museum and the state museum which is only two years old. There were some hand made guitars in the gift shop of the state museum so Dan got a small guitar “fix.” He enjoyed playing one of the electrics…glad he didn’t buy it. 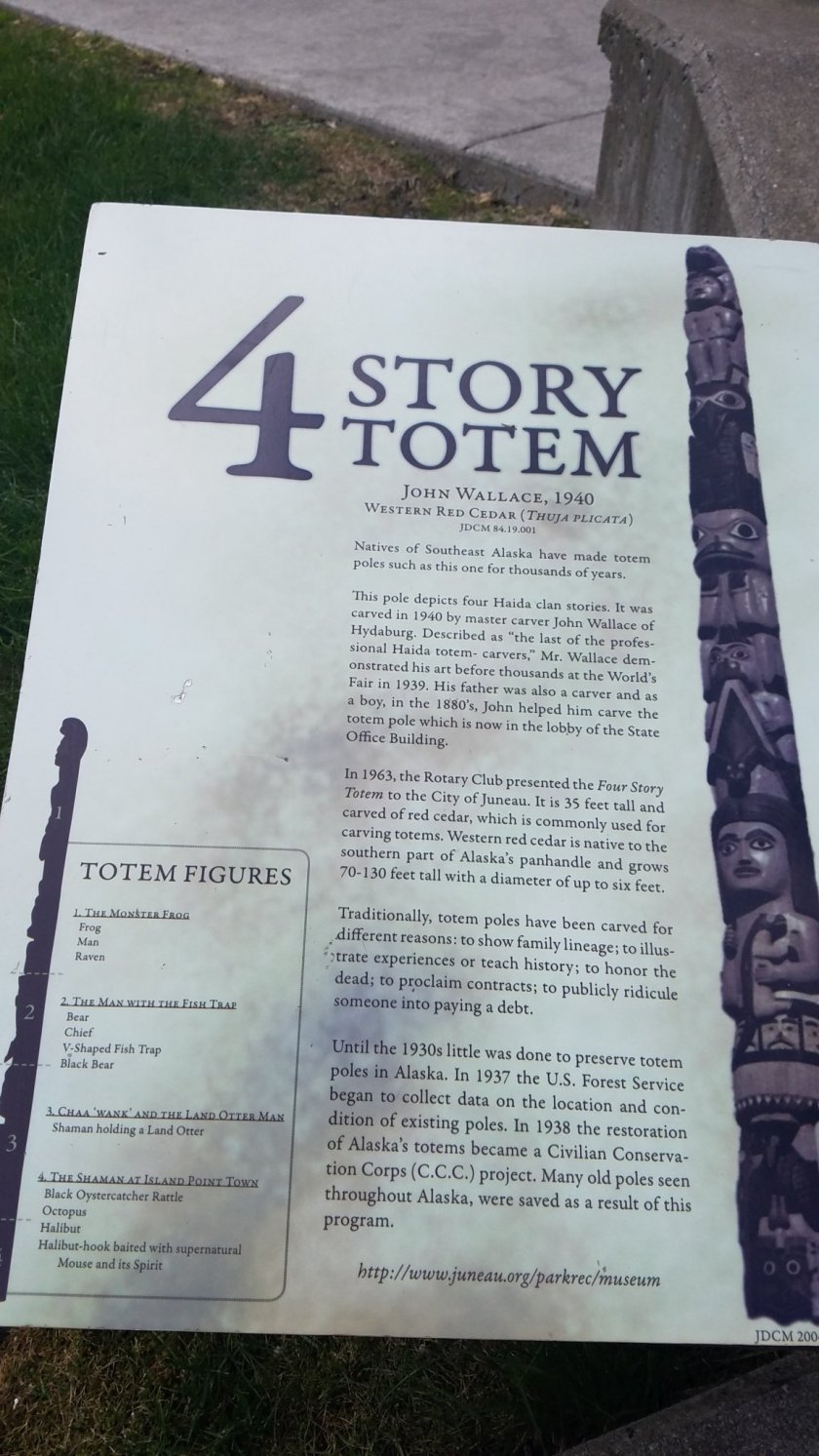 I was also on the lookout for some WiFi! What we get on the ship doesn’t work well. I was able to get a few fb posts done.

We also saw a seaplane base. Dan went over to talk with the pilots, of course.

While he was doing that, I was able to watch some of the native tribes perform several of their dances. Since we’d seen a totem pole carver do a presentation on the ship, I had a better understanding of what it all meant to the people who were dancing and chanting/singing.

Saw another fun show by the Princess singers/dancers this evening. They sure get a workout and are very athletic.

One last photo from the day…