I have not caught what Dan had although I’m not 100%.  That’s ok. I felt well enough and they day was beautiful so I went out to RIDE!

As I started out, I was amazed again at the beauty all around me.  First, looking toward the mountains, I can see snow in the distance.  Then, a mass of lupine on Ferretti Rd. 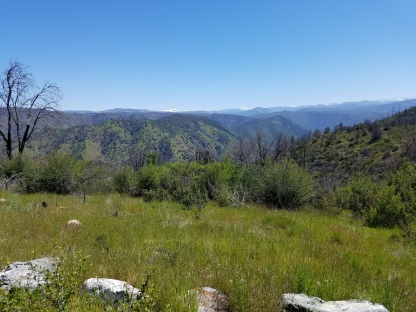 looking across canyons and mountains 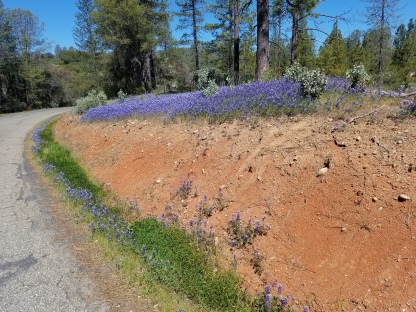 Although I am in a very rural area, I have learned where water, food and toilets can be found. My first stop was the Stanislaus Forest Ranger Station on Hwy 120.  The bathrooms are always clean and they have flush toilets!  (cyclists know how important this is)

My goal was for 60 miles so I went by Rainbow Pool to get a little more distance. Here’s my bike taking a break leaning on a rock.  Then, the amazing photos of the Tuolumne River raging out of the pool AND the Rainbow Pool which should be the Rainbow Roil today.

Since two important roads have been damaged by the rains, I knew my route would be busier than usual as it is the detour for Evergreen Lodge and Hetch Hetchy.  It was more heavily traveled by cars and trucks (pickups) but all the drivers were courteous (except one but we won’t mention HIM).  Even with the traffic, I was still alone much of the way – enjoying the sounds of nature.

As I climbed up the steep section at the beginning of Cherry Lake Rd, I did stop to get a photo of the bush lupine.  I noticed some new mile marker posts today.  The first one I saw was for 1.5 (miles I assume). I looked for marker 0 on the return trip but never saw it. Reason I was interested was to see if I could map where this amazing waterway is which is at mile marker 5.  I’ve wondered what this particular creek/river is called for some time now. 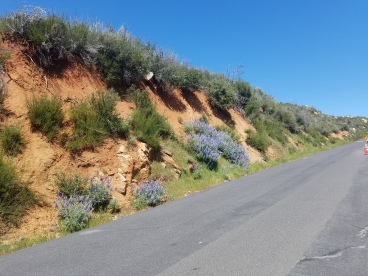 The flowers were in bloom – yellow, more yellow, purple lupine, blue lupine, amazing red orange, popcorn flowers, and more. I’m trying to learn one new flower when I go out with those ‘in the know’ but I’m not doing a very good job of it.

As I neared the turn off for the road leading to Camp Mather, I stopped to get photos of Early Intake which is part of the San Francisco water system. I’m guessing I’m about 1800′ above the facility at this point. 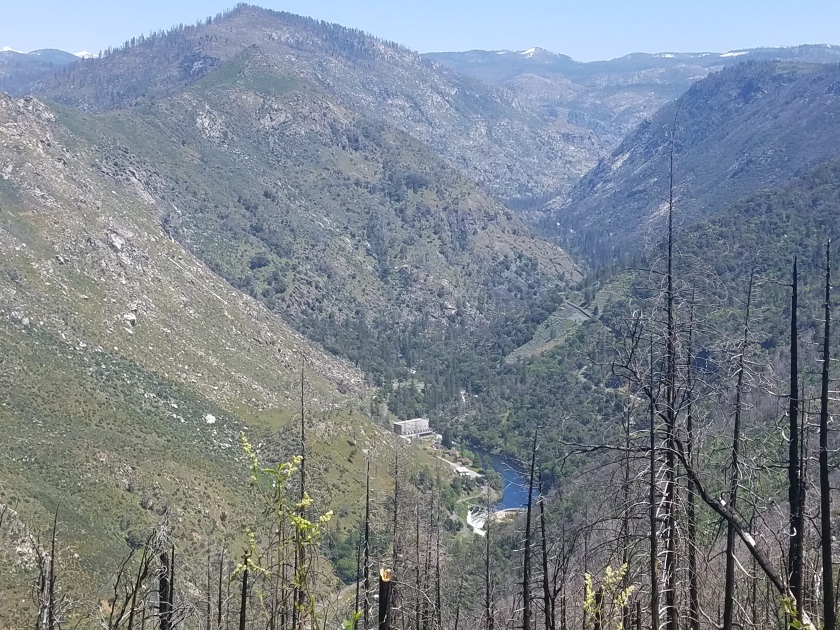 The beauty of this scene caught me as I rode by. I had to go back and try to capture it: 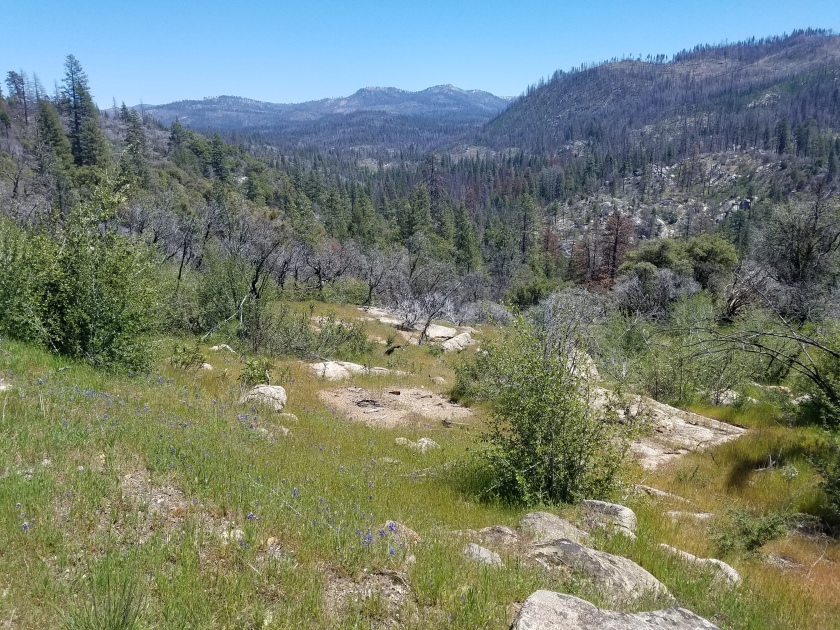 Eventually I arrived at Evergreen Lodge (another good spot for cyclists…see comments above). They have a store and restaurant. Today I just bought a PB&J and chocolate milk from the store for my lunch. I was not sure if they would be open with the road situation so was Very Pleased when it was.  They have a really good PB&J too.

Looking at my distance traveled, I decided to continue on into the Hetch Hetchy entrance of Yosemite to get the miles I need for that magic number: 60.  Had a nice talk with the ranger at the gate. He liked my bike and was interested in my upcoming ride across the US.

As I headed back home, I stopped at Rim of the World and, of course, had to get a picture. I’ve probably said this before but prior to the Rim Fire this waterway was not visible from here. The fire burned away all the trees and brush that blocked that view. 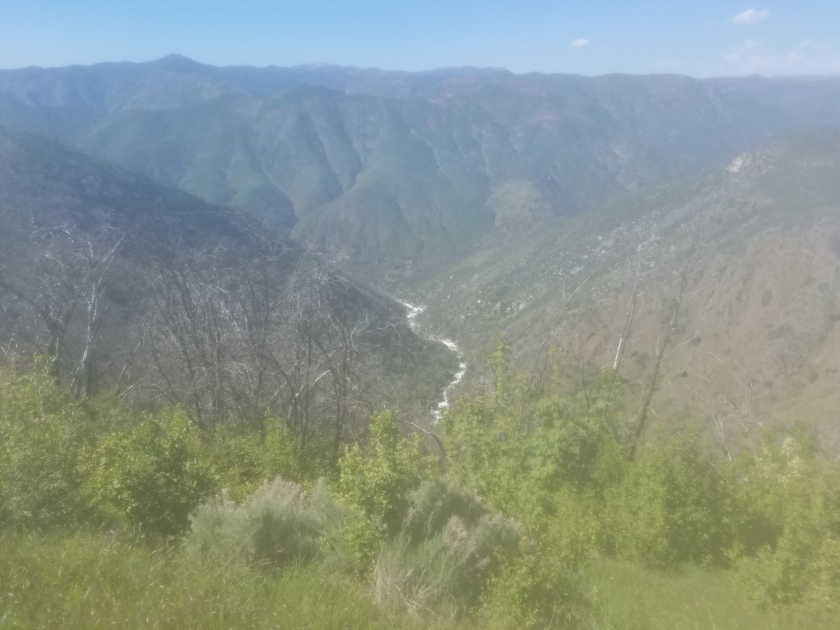