A strange day it was. No time set for breakfast but we had to have luggage ready at 9:00. Next deadline was 12:30 when we had to be at the ferry.

So…I wandered over to Perkins for breakfast and found the restaurant was filled with people I knew. How strange that I should know so many people in Manitowoc (wink, wink).

After loading luggage there wasn’t much else to do except get on bike and head toward the harbor. Rode on the bike path around the harbor a bit with Ted and found the ferry dock. Stopped at the local bike shop. Peeked in a book store. Went by the maritime museum but chose not to go in. I did get a photo of the ship they had parked outside. One could go for a submarine “ride.” A group of us met at the Courthouse Pub for lunch before heading to catch the ferry.

Once we loaded the bikes onto the ferry, I went upstairs and sat in front of a tv that was running a series of shows on sharks. The chair reclined and I fell asleep pretty quick. Not sure how long I was out but I woke up with stiff joints so had to do some stretches before I even tried to stand up. Not being used to the rocking of the ferry and feeling stiff made for awkward walking on my part. Fortunately there were others who were wobbly so I didn’t feel too out of place. 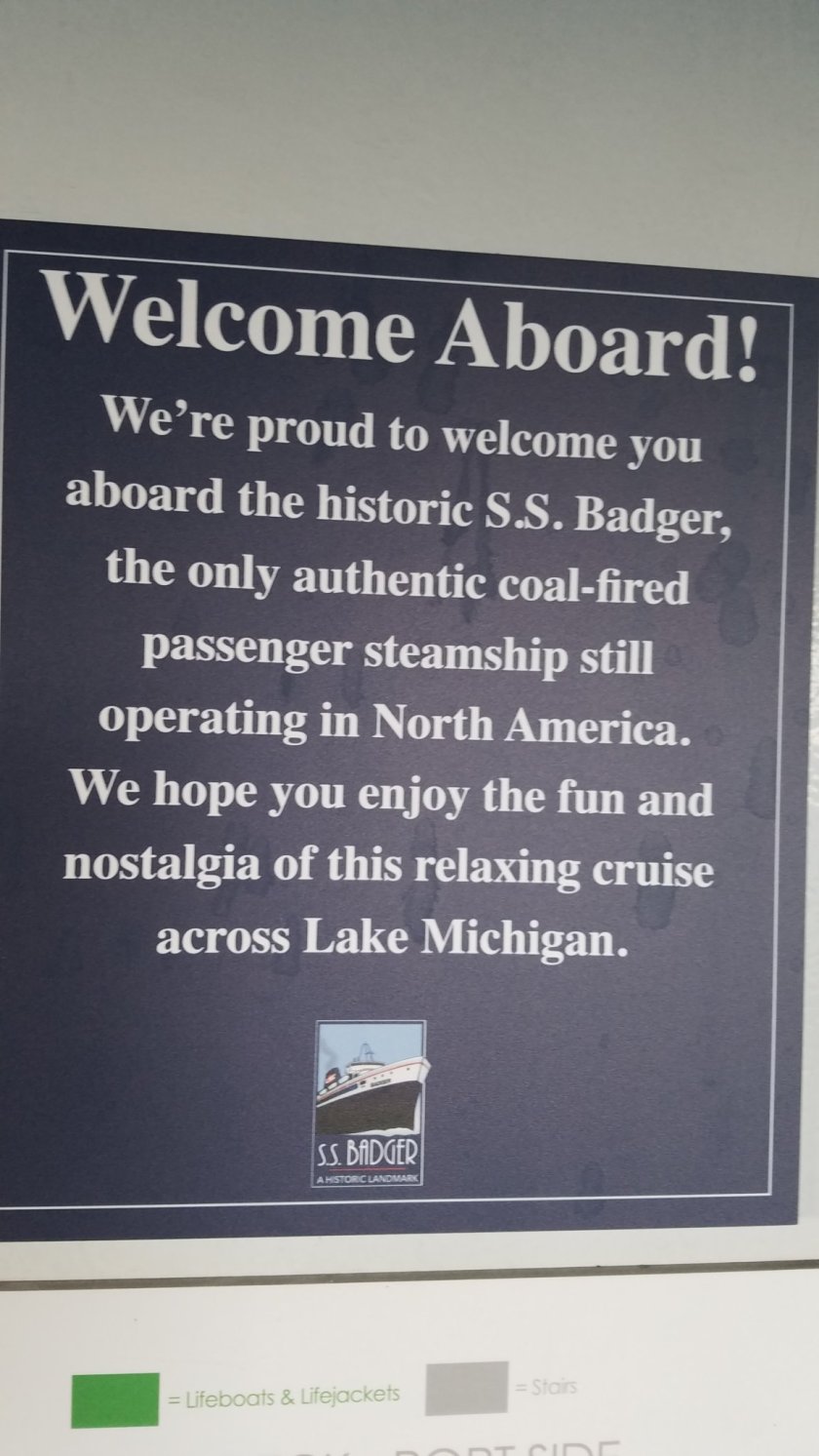 The ship was an ice breaker but they no longer use it for that since they don’t run it in the winter. More info on this ship can be found here: https://en.m.wikipedia.org/wiki/SS_Badger

Even though I slept a good portion of the ride, the trip did seem to take forever. We also lost an hour somewhere over the water. This is the third time we’ve lost an hour! Now I’m in the Eastern Time Zone so I need to stop typing and get some sleep.  112 miles in the morning.