Leaving Idaho Falls early, early meant we were riding into the sun (again). Once it had risen high enough not to be a bother, I stopped for some pics.

Once we got out of town on Route 26, there was the dreaded headwind! However, the terrain was still mostly flat or gentle rollers. I tried staying with several different groups but they were all feeling stronger than me today so I’d eventually drop off the back.

After the first rest stop, we were warned about a descent at mile 37 because of rumble strips. So I began cautiously but as I began to realize I didn’t have to stay in the shoulder, I checked for traffic and then “took the lane.” We dropped into a beautiful little valley and then crossed the Snake River once again.

Our second rest stop was at Pine Creek Pass which was the first climb of the day.

And we made it to Wyoming at mile 71. Here I am with Roel and Dirk. Roel didn’t know what I was up to but he did tell me to stop touching his hair. 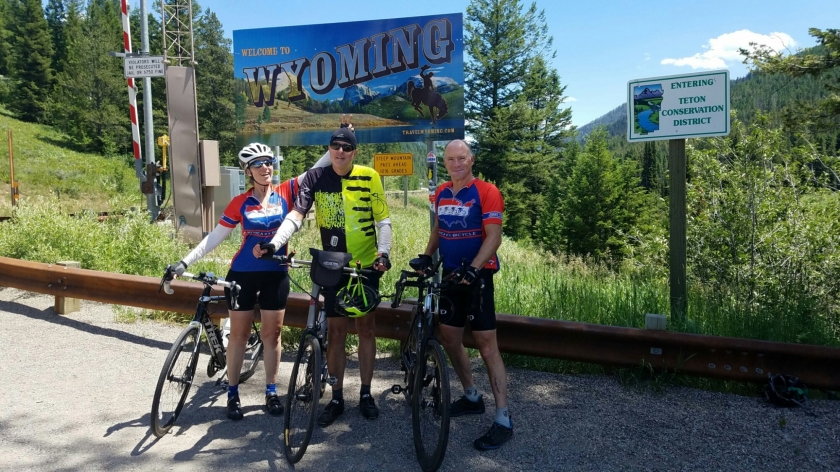 The climb up Teton Pass is tough especially after 70+ miles of riding. The last two or so miles are at a 10% grade and the elevation is over 8000 feet. Tired, not much oxygen, makes for a 3mph climb. I got off the bike several times to get my breath and let my heart rate drop. Even when I was walking, I had to stop to recover before continuing.

The descent from there was awesome! As I was going down, I saw Dirk and Roel pulled over so I stopped too. No sense overheating the brakes on the 10% downhill grade, right? When we started again, I flew past both men. I love going downhill on a wide, clean, gently turning road. I did have to pull over for a few cars but it was mostly clear.

Here are some of the wildflowers I saw today. 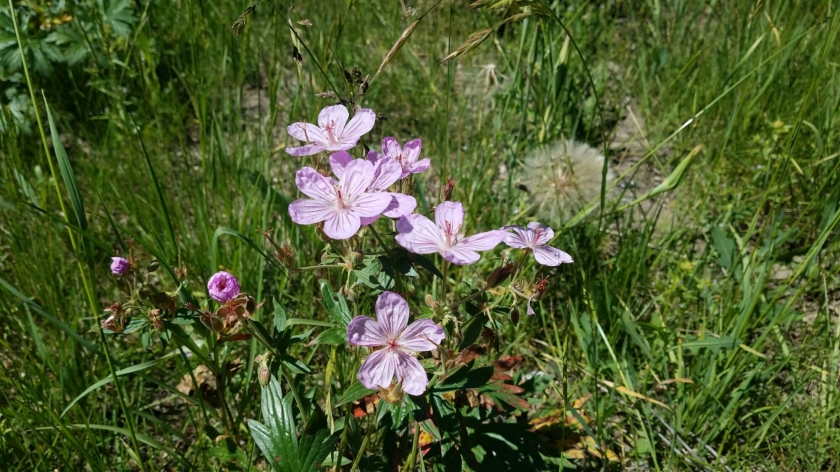